We were delighted with all aspects of our dining experience here. Food was full of flavour and cooked correctly my wife's steak just as she asked. Service was warm and attentive. Decor was pleasant with no blaring music. Would be happy to visit again. Cheers folks! Lunch for two: This is a great spot.

The "in" restaurant in Swords - Masterson's Steak House & Wine Bar

Comfortable quick service of quality food. I was meeting a client so ideal. Very busy restaurant and quite noisy which we didn't like but it might have been due to some large parties. This was pointed out and acknowledged and apologised for so handled well by management and was made up for in my mains of Chickpea and Red Kidney Bean Curry.

Will return! This was our first time here. Some of the tables are very small and the lighting wouldn't be great. The chairs and tables could do with a revamp. 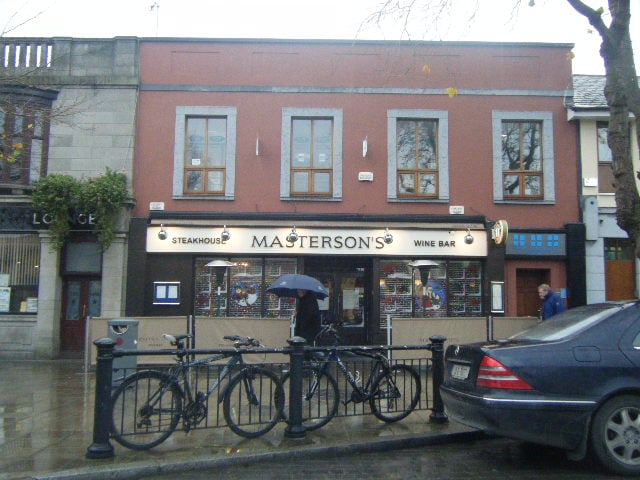 The cod was very fresh and the steak and chicken burger were very good. The mash was awful.


I would go back again as the food was very good. Work group met up here, for some it was their first experience of Mastersons, and they have said "we will be back". Restaurant was bust, but no real delays with wine or food, thanks to very efficient staff. Hag the sizzling prawns for starters just fabulous, and steak was perfect. In short good food good value and great staff, well done.

Very good value for money, the chicken wing starter is just fab and the choice for both starters and main courses is immense. On this occasion I had the Mexican burger and it was yummy. I would definitely recommend. I visited Mastersons on a very busy Friday night with 4 other friends. The atmosphere was buzzing, as it has been on the few other occasions I have been here.

It is a very busy restaurant.

The food was gorgeous, we had a variety of starters and mains and everything was excellent. The staff were friendly and very helpful, especially to one of our party who is coeliac and gluten intolerant. I have been here a few times and I must admit I have never been disappointed. Well worth a visit, but do book first.

Family outing, there was supposed to be 6 of us but only 5 could make it, which is just as well as we seated at what was a table for 4. Whilst waiting for starters we were asked did we want to change but we didn't bother as we just made do. Service was excellent and our waitress couldn't do enough for us.

Fingal County Council is to conduct a traffic and pedestrian flow survey in Skerries Economic Enterprise and Tourism Development will The Hyland family from River Valley in Swords are appealing for everyone to buy a 'butterfly tattoo' this week to help fight a rare and Fingal County Council says it has no plans 'at this time' to use Compulsory Purchase powers to acquire a permanent site for the River A local senator has spoken out against the 'ongoing crisis' Manor Manager, Andrew Skelton paid tribute to the Rovers keeper after the game. 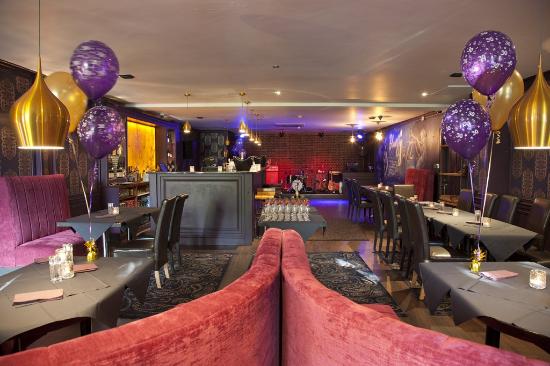 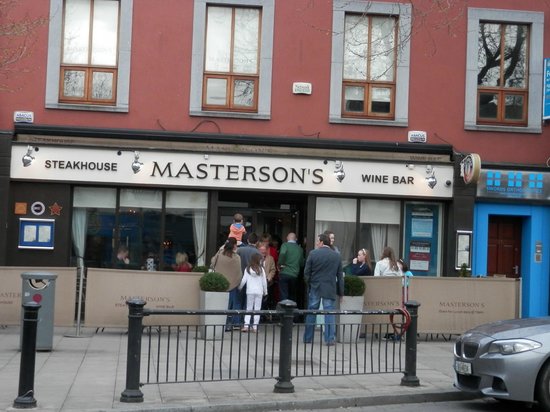 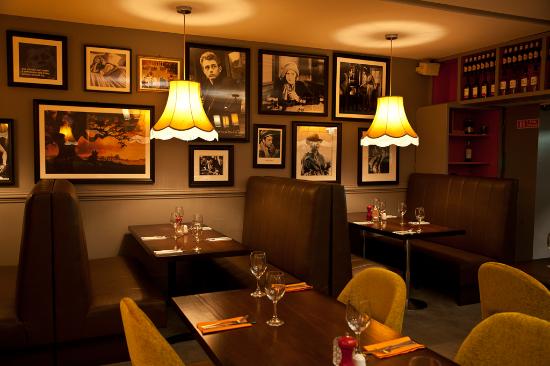